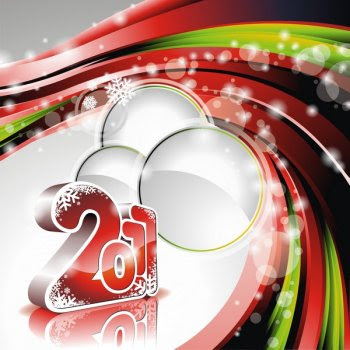 Wow!, its 2011 people!  I am lovin this year already.  I didn't go anywhere New Year's night, I decided to watch the celebration on television and reflect on where my life is going and how I can better maximize my potential in the new year.  Yes, I was prepared to go there.  A funny thing happened just before midnight though that totally cracked me up and put me in a completely different emotional space.  Well, I was watching Bravo TV "watch what happens live with Andy Cowen"  He hosted a new years party with guest appearances from the various stars from Bravo and other celebrity guest.  Anyhow, what was funny was as it got closer and closer to midnight some of the guest and even Andy himself seemed to get more anxious and excited as the minutes started ticking away, almost as if they they couldn't wait until they made it to the new year. What was even funnier was almost every other channel I switched to people were waiting with bated breath for the last few seconds to elapse.  Kinda like...oh my gosh, its one minute away.....45 seconds....oh I can't stand it, what if we don't make it.  It was hilarious! The facial expressions especially was priceless. 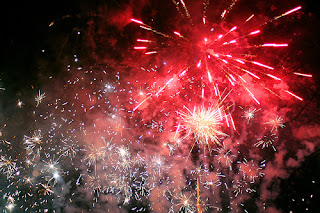 Let me just say that I totally get the fact that going into a new year is a wonderful blessing that many who was with us last year did not have the good fortune of experiencing.  Unfortunately, I know this only too well because I have personally lost love ones.  The only reason I found humor in this at all is the fact that a lot of the people were drinking excessively and partying really hard but at the same time praying to God to make it into the new year. For what I thought, to party and act the fool some more? The irony of it all was pretty funny. I wondered what God thought of this.  Some of these same people were cursing profusely, totally wasted and clutching wine or liquor bottles as if they were a life line. I sincerely hope for them that 2011 brings clarity and strength to stop doing potentially destructive things in excess.  Too much of anything is not good.

While am on the subject I also want to acknowledge all the people I saw on television New Year's night who made me feel all warm and tingly inside. Like the world is still indeed a very wonderful place  because of all the beautiful souls in it. There were mothers holding their precious little babies, older people with their spouses holding hands, smiling teenagers and all around a sea of beautiful humanity. Everyone seemed focused on just enjoying good food, music, friends, family and being together in the moment.  I decided to do the same.
Posted by Beauty and The Green at 10:35 PM

Debra She Who Seeks said...

Happy New Years to you and your family :) Thanks for the follow.

Love your blog! :) Thanks for following!